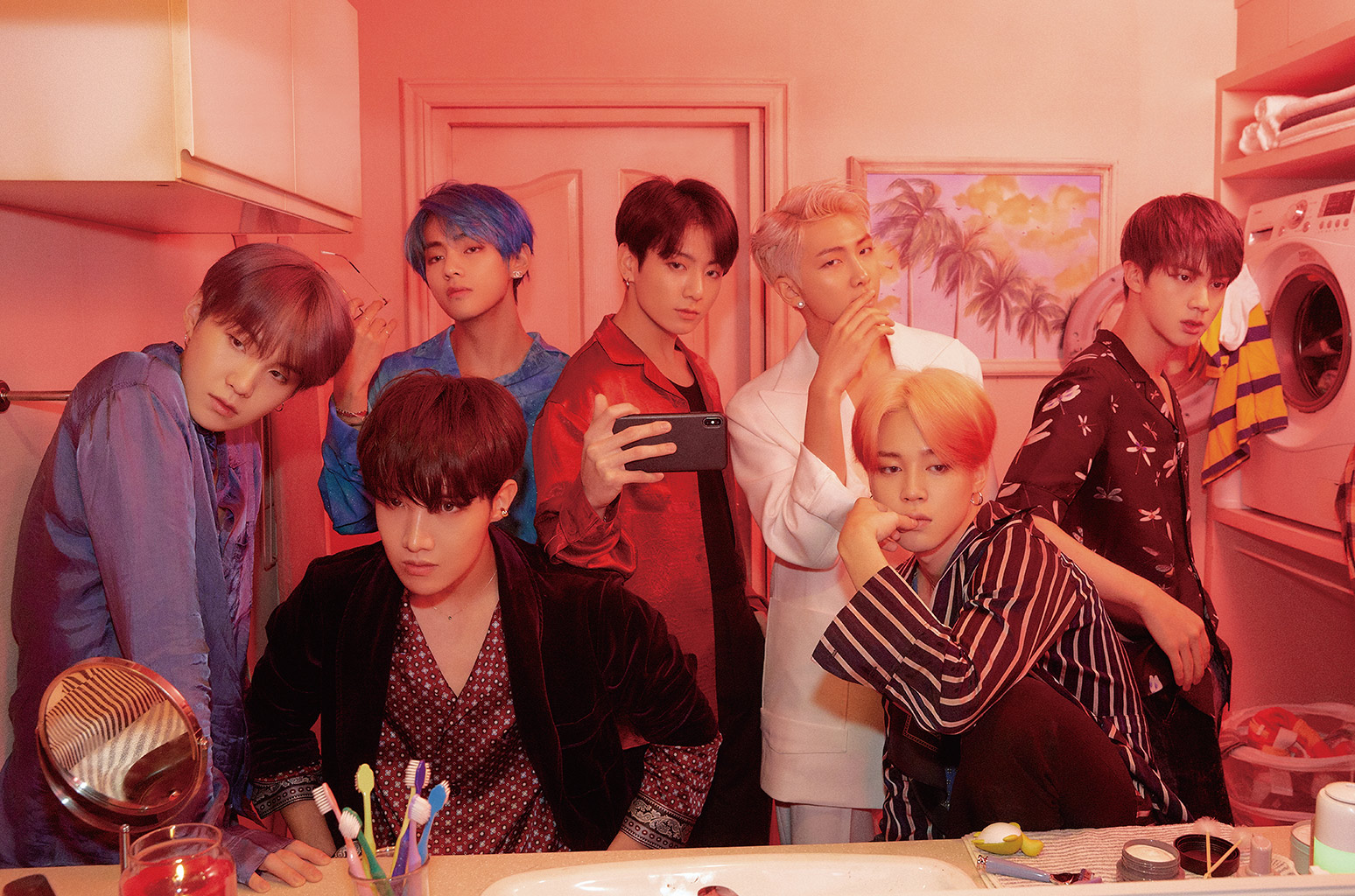 The golden group of Kpop are also the kings of album concepts and hidden messages and this album is no exception.

RM starts the album with a smooth hip-hop/rap track. Throughout the lyrics he questions who he is. Even after all these years as an artist he’s still trying to figure out his identity. RM exposes his doubts and fears to listeners. His honesty and vulnerability in the lyrics make this track relatable and a fan favorite.

Boy With Luv is the title track of the album. This song is dedicated to ARMY (their fans). It’s sweet, it’s fun, it’s catchy and it’s colorful. Some songs on this album are deeper in theme, but this song is a nice contrast.

With Halsey being part of the song and music video, BTS could’ve made the lyrics all (or most) in English. But instead Halsey accommodated to BTS. She sang their lyrics and she danced to their choreography. She didn’t steal the spotlight or take anything away from the group. Instead, many fans viewed her as a representation of ARMY.

The third track on the album is a whimsical, heartfelt song, once again dedicated to the fans. The melody and vocals worked beautifully together, each element in the song complimented each other.

The message behind the song is based off the term microcosm, that everyone has a world within them. Mikrokosmos compares people to stars and when they’re together they shine bright.

A fan favorite lyric is, “You got me…I got you.” Which is a direct message to their fans.

The fourth song has a groovy sound thanks to a smooth trumpet-synth background track. BTS sings/raps about going back to the basics: why they started their journey. This song was made in collaboration with singer-songwriter Ed Sheeran.

“I became a hero in this world. The loud screams that seek me out. My hand, trophy and a gold microphone, all day, everywhere. But all of this is about reaching you. it’s the answer to my journey…”

Home isn’t a place, it’s wherever a person is. This is another song BTS dedicated for the fans. Despite BTS’ fame and the craziness of their career, BTS will always consider ARMY their home. In this song there is a nod to one of their older songs. Suga raps the iconic lyrics from No More Dream in Home, “big house, big cars, big rings“.

The opposite to the definition of deja vu. Jamais Vu is when something that’s usually familiar to you becomes unfamiliar.

This is another song that showcases BTS’ honesty and vulnerability. Jungkook, Jin and J-Hope open up about their flaws and insecurities. Many celebrities hide the pain of being in the “lime-light” and the pressure that comes with it, especially in Kpop. But BTS doesn’t sugarcoat it.

“It’d be better if it was a game because it hurts so much. I need to heal my medic but I’m another star. Blame myself since I was imperfect. Brake in my head, brake in my step, always. All I wanted was to do well. I wanted to make you smile…

I’m fine but I’m not fine. I told myself I was used to it. It always hurts like it’s the first time.”

The jaw dropping finale to the album, Dionysus leaves everyone wanting more. This pop-rock track delivers several surprises throughout the song. One of those unexpected surprises is a high note, almost a screech from Jin towards the end. His high note left every listener speechless.

Dionysus, is the greek god of wine and harvest. He was someone who would make everyone dance with his music. This is a metaphor of BTS.

Final thoughts on this album…

From the first song to the last one we see a range of who BTS is. We hear them sing about their flaws, their doubts, their fears. But they also share their genuine love and passion for their fans and their music.

Overall, this album was well done. Musically it’s a kaleidoscope of various sounds. But once you understand the meaning behind the lyrics, each song takes its shape.